EPILEPTIC ENCEPHALOPATHIES DUE TO THE KCNT1 GENE MUTATION

The KCNT1 gene controls the production in the nervous system of a potassium ion permeable channel, a key factor in the transmission of information along neurons.

Mutations in this gene lead to particularly severe forms of epilepsy in infants and young children, which are resistant to treatment and have no cure. These are very rare conditions, affecting less than one in a million children, regardless of gender.

Partial migraine epilepsy occurs in the first six months of a child’s life.

Affected children may experience several seizures per day, which may become almost continuous from the age of six to nine months. These seizures are associated with severe impairment of brain development, severe cognitive delay, with many children unable to walk or talk.

Children have many other manifestations, such as cyanosis (blueing of the skin), or apnoea. The mortality associated with the condition is high, estimated at between 17% and 33%.

Autosomal Dominant Nocturnal Frontal Lobe Epilepsy is of later onset, in childhood, adolescence or adulthood, and results in seizures

which can range from simple arousal to generalised convulsions with jerking movements and tonic manifestations. This type of epilepsy, when caused by mutations in the KCNT1 gene, is associated with an early age of onset, and with psychiatric, cognitive and behavioural problems.

Epilepsies due to mutations in KCNT1 are refractory to traditional anti-seizure treatments. While a small number of individuals respond to quinidine used outside its traditional indication, these epilepsies are generally insensitive to any type of treatment.

Today, the urgency of the situation to save these children leads us to approach research in three priority areas:

Gene therapy involves introducing genetic material into cells to treat a disease. Initially, this approach was designed to replace a defective gene in the case of a monogenic disease (i.e. linked to the dysfunction of a single gene). However, over the last two decades, the rapid development of knowledge and technology has made it possible to increase the number of possible strategies and to extend their use to a wide range of indications.

The development of a gene therapy programme itself is time consuming and costly ( several million euros ) but must be considered now in order to be able to offer a sustainable therapeutic response to future children affected by the KCNT1 gene mutation.

It is a form of treatment for genetic diseases and infections. When a particular gene is known to be responsible for a particular disease, it is possible to synthesise a complementary strand of nucleic acid (DNA, RNA, or a chemical analogue) to bind to the messenger RNA (mRNA) of the gene during its expression. This results in the gene being inactivated or the corresponding protein being changed.

Across the Atlantic, several teams are working on the development of antisense oligonucleotide drugs tAo suppress the de novo mutation in the KCNT1 gene.

This form of therapy gives affected individuals the chance to develop like other children, and neurogenetics in the United States is ready to act, but it comes at a significant cost of 1.7 M € per patient, with several children eligible.

A transfer of technology between the USA and Europe, and more particularly with France, is on the horizon, but requires the creation of a register of patients affected by the KCNT1 gene mutation.

The rapid implementation of this updated register across France and Europe is a priority and represents a cost of around 100,000 euros.

It is the search for molecules already approved in humans (already benefiting from the MA) in order to stem the effects of the genetic mutation. This is the case, for example, with Quinidine ( molecule initially used in patients with heart disease ) which has a beneficial effect in some KCNT1 children.

French biotechs are specialised in drug discovery and repositioning in the field of rare monogenic diseases, and their technology allows them to carry out individualised research projects and identify, within a few months, new drug candidates in collaboration with patient associations, doctors and academic and industrial partners.

By making a donation, you are helping to advance research so that children with the KCNT1 gene mutation can benefit from treatment and have access to clinical trials in France or abroad in order to offer them a chance of survival.

“A Spark for Isaure… and Genetic Research” is also involved in the creation and completion of an international registry of patients with the KCNT1 gene mutation to accelerate ongoing research and clinical trials.

Making a donation online is very simple and secure via the Iraiser platform, a partner of our endowment fund. 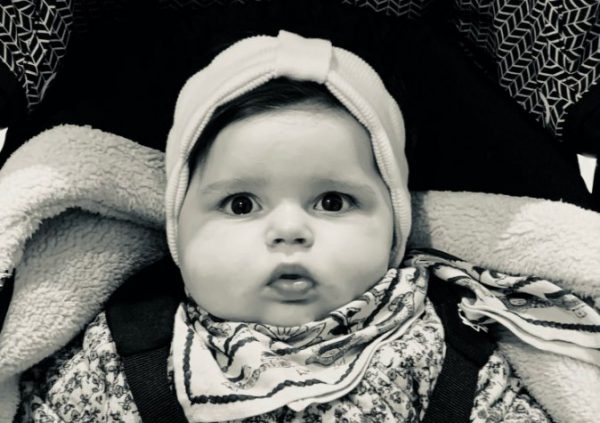 If you have any questions, please do not hesitate to contact us.

2021 – Une étincelle pour Isaure – All rights reserved. Terms and Conditions of Use